Last month MMFS students received a special visit from Bayard Rustin’s partner, Walter Naegle. Walter was Bayard’s partner for ten years prior to his death in 1987 and accepted the Presidential Medal of Freedom on his behalf last year. We all know that Bayard organized the March on Washington, fought for gay and lesbian rights, and was present at the Brooklyn Monthly Meeting when MMFS was proposed and accepted as a new Quaker school. What we didn’t know was that Bayard and Mary McDowell had been arrested together during an anti-nuclear demonstration in the 50s. We also didn’t know that he was an accomplished tenor who earned his living as a singer during his early days in New York, and that he was a star athlete in high school.

Bayard spent his entire life fighting for social, political, and economic change. Receiving the Medal of Freedom, which is the highest civilian award in the United States, was thus a resounding affirmation of his life’s work. And since this year’s ceremony marked the first time that a lesbian or gay partner was invited to accept the award on their loved one’s behalf (Sally Ride’s partner Tam O’Shaughnessy was asked to accept the Medal of Freedom on her behalf as well), Walter’s presence there was an important symbol of this country’s increasing acceptance of LGBT people and their rights.

Although Walter heard about Bayard during the 60’s, he did not meet him until 1977, when “lightning struck” on a Times Square street corner as they waited for the light to change. While he could be forceful and aggressive in public, Walter explained that Bayard was gentle and loving in private. He believed in the inherent goodness of all people and therefore had the ability to mobilize and move them. Before he left Walter held up Bayard’s medal for us to see, and students had the opportunity to  take a closer look after the meeting. Although we’ll never be able to thank Bayard for all he did for this country, we’re certainly grateful to Walter for offering us such a rich and intimate look at one of MMFS’s biggest heroes. 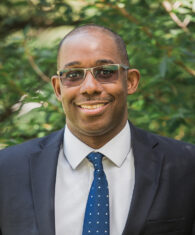