Mayor Eric Adams came to Mary McDowell Friends School to share stories with our students about his learning disability and listen to their stories about their learning disabilities. The mayor visited four classrooms at the lower school, and then met in the Meeting Room with delegations from the middle school and the upper school.

This all came about thanks to Fox Room teacher Allison Berman, who heard the mayor speak at a benefit for the National Center for Learning Disabilities. Allison was so moved by the mayor’s remarks about his experience of having a learning disability and about how difficult school was for him that she approached him and invited him to share his story with MMFS students. We were delighted when he accepted.

Our upper school students spoke beautifully and honestly about their experiences growing up with a learning disability, sharing that “I find it beautiful in a way. It makes me a better person and a better learner.” One student told the mayor, “I learned that having ADD did not make me different, it made me a superhero. A superhero has to have an intense work ethic and perseverance,” and compared his teachers to the Justice League that Superman calls on when he needs help. Our middle school students had insights to share with the mayor, too: “I may not be able to remember how to spell a word, but I can pick up a guitar and learn a song in one day.” And “My learning disability gives me the power to take risks and not worry so much about mistakes.”

The mayor spoke candidly with the students about how he didn’t even know he had a learning disability when he was growing up. He said that he was labeled “the dumb kid” in school, and that he developed the trick of memorizing text in case he was called on to read in class. He said it wasn’t until he was in college that he figured out that “I’m not dumb. I have dyslexia!” With that realization, he went from a D student to the Deans List. And now, he said, “I’m the mayor of the most important city in the world—the person that people gave up on!” He said that having a learning disability allowed him to see things differently and to be more creative. He told us that he was proud to be the first New York City mayor with a learning disability, and said that practically every day, someone comes up to him to say that they, too, have a learning disability—and that these people include government officials and heads of major corporations. He confidently predicted that one day, one of our students will be mayor, governor, or even president. 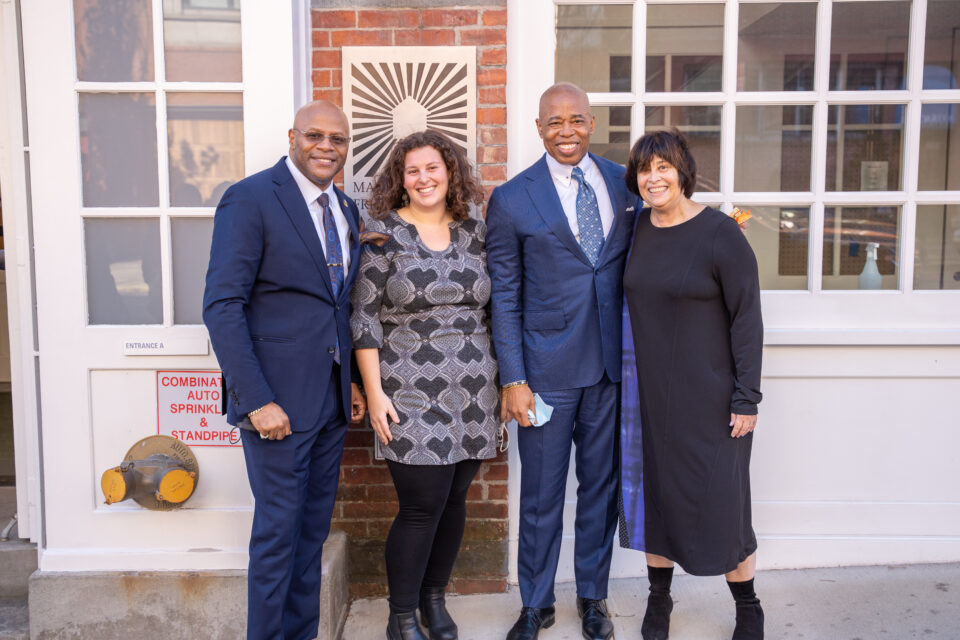 To see photos of the mayor’s visit, click here.
To read more MMFS student reflections on having a learning disability, click here.

The Importance of Quaker Education At MMFS

From the Director of Diversity and Equity